Please contact us for service inquiries,
technical support requests and partnerships,
and we will answer them as soon as possible.

Kubernetes getting started quickly and easily.

It is no longer difficult with ‘IXcloud® Kubernetes’ getting started quickly and easily.

Deployment and management
of one-click clusters

Complete configuration and deployment
of clusters with one click.

A to Z Guide
on Kubernetes 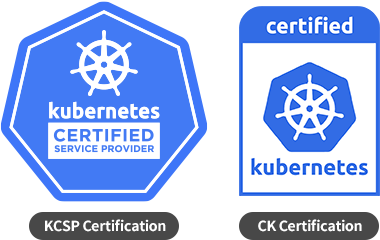 The Kubernetes Certified Service Provider (KCSP) is a certification given to companies that are equipped with the competence and experience to perform Kubernetes professional services. In order to obtain the KCSP certification the following 3 requirements must be met.

On the other hand, the CK certification is given to those services that have passed the CKCP (Certified Kubernetes Conformance Program) conformity program.

There is durability and elasticity as core function of Kubernetes.

One of the biggest differences between Kubernetes and other clouds is the durability and elasticity of the service environment.
In a typical cloud environment, the failure of just one instance can affect the entire service.

By contrast, in a Kubernetes environment, pods have respective roles and run independently from other nodes(instances).
Thus, even in an event of a node fail, the continuity of the service is not depreciated as new pods are automatically deployed to replace the troubled pods.

In addition, Pods are automatically added or deleted accordingly to the environment value set, guaranteeing faster responses than instance autoscaling.
Expanding or recovering failures can much smoothly be done.

Simply create a cluster from the IXcloud console without the cumbersome process. A cluster can be directly created with the default values suggested by the console. Then, grasp Kubernetes operations at a glance through the monitoring dashboard.

A quick and easy container registry
* Soon to be released

Frustrated from managing resources for your service operation? Simply manage with the help of IKS Auto-scaler. IKS's Auto-scaler automatically expands and contracts the number of pods through real-time monitoring. This enables you to be prepared for unexpected loads and can help you reduce costs and ensure high availability.

Are you at a loss about how to get started with Kubernetes and how to configure it? If so, consult an IXcloud engineer who is certified as a Certified Kubernetes Administrator (CKA) about it. For Transformation to Kubernetes, IXcloud is here to help. 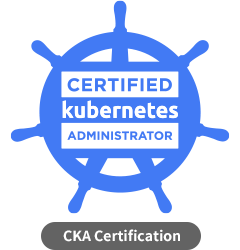 Request service consultation and technical inquiries. We will respond quickly.