Please contact us for service inquiries,
technical support requests and partnerships,
and we will answer them as soon as possible.

Twitch is a game streaming service provider with the fourth highest traffic in the United States. It managed to cut traffic costs through the one and only IX peering service offered in Korea by KINX.

Live Steaming Service Provider with the Fourth Highest Traffic in the U.S. That Was Acquired by Amazon

It would be easiest to conceptualize Twitch as a game streaming version of AfreecaTV, which you are all familiar with. In short, it is a one-person media platform that is oriented toward games. We live stream PC games, mainly Hearthstone, LOL, and Overwatch, as well as console-based video games such as Xbox One and PS4. Google and Amazon attempted to acquire the company, and Amazon.com ultimately bought the company for USD 970 million, which became a hot issue.
In terms of traffic, Twitch ranks fourth after Netflix, Google, and Apple in the United States. Twitch’s traffic in Korea is higher than the relatively more famous services like Facebook, Amazon, and Tumblr. Although Twitch is not well known in Korea, where it was launched just last year, it is peering with thousands of ISPs in the Asia-Pacific region alone, and there have been a number of ISPs requesting interconnection, as the company receives considerable traffic.

Seeking Measures to Lower Traffic Costs for the Service Recording the Fourth Highest Traffic in the U.S.

As is the case with all online personal broadcasting platform services, traffic costs make up a large part of our costs. As mentioned earlier, we have the fourth highest traffic in the United States, and there are thousands of ISPs worldwide involved, which makes us more sensitive to traffic costs. We were looking for ways to improve the quality of personal broadcast services while effectively lowering traffic costs when we naturally learned about KINX’s local peering service. 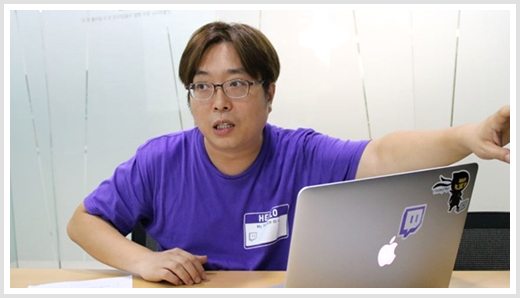 “The top 3 carriers in Korea that the general public is well-aware of uses L3-based networks,
whereas the only true L2-based network is provided KINX.
I think KINX provides the most reasonable and flexible service.”
Kim Dong-wook – Technical Business Developer, Twitch

1. Securing Network Operational Ownership
One of the biggest problems with transit is that the operational ownership of the network does not belong to the companies that use transit , but it belongs to the telecommunications service providers. On the other hand, KINX’s local peering provides operational ownership to IX members and allows them to implement an autonomous interconnection policy.

2. Cost Reduction
Transit is a way of purchasing the amount of traffic to be used from a carrier, whereas a local peering service involves connecting a 1G or 10G line, and so the method of calculating the charges is different. At first glance, transit appears as though it would be the cheaper option, but in reality, KINX’s local peering service has helped us achieve cost savings at satisfactory levels.

3. Improved Internet Service Quality
Peering with ISPscompletely eliminates the possibility of unnecessary redirecting your traffic overseas; instead, traffic will go to the shortest route, and this helps boost the quality of the overall Internet service.