While well-known major 3 ISPs in Korea provides L3-based
network only. KINX is the only L2-based network provider.
I think KINX provides more flexible and reasonable network
services than the major ISPs.

You can see how much time and money you save
compared to using physical servers.

Here is our members enjoying services exclusively provided by KINX 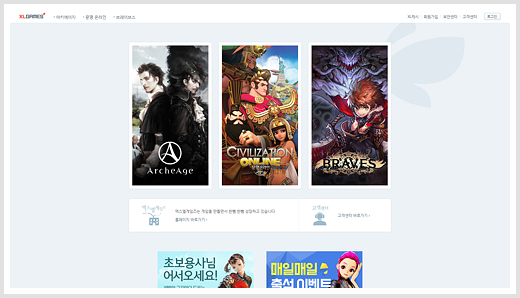 XLGAMES is founded in 2003 and became more dominant game developer as its reputation got better in domestic and global markets. In 2013, ArcheAge, based on a MMORGP technology, attracted attentions from not only domestic gamers but also global gamers in North America, Japan, Russia and more.
Furthermore, in 2015 Civilization continued XLGAMES’s reputation in the game industry and Civilization’s mobile version also became globally popular to many gamers.

Needed to get a service to prevent illegal game file distribution

There are mostly 2 cases that large network bandwidth is required particularly to online game providers: 1) when they offer a new game and 2) a download patch is needed to be downloaded to all gamers. In addition, it is quite not possible to expect how many users are going to be connected daily. This makes CDN service is useful for the game industry.
Besides the technical needs, XLGAMES also considered online security as one of the top priorities.

When game contents are uploaded, XLGAMES representative gets an automatic email alarm

Since KINX provides max 400G traffic, the quality of XLGAMES game services was not effected severely despite of the increasing number of users. XLGAMES enhanced its quality and effectiveness by using KINX 400G network and KINX provided customized services including sending email alarms for XLGAMES engineers. As a result, XLGAMES engineers could double-check their quality, the current state of their network and so on.

XLGAMES users became more satisfied with the quality of games, speed and stability of network. Also, XLGAMES network representatives could reduce their workload to double check network every moment since KINX engineers check it for them.